Why The Summer of ’96 Games Are Still Relevant Today

THE OLYMPICS ARE ON! What an exciting time for athletes, the United States, and of course the entire world.  It’s a rare example of an event which the whole world comes together to recognize true talent, determination, national and personal pride, and dedication to physical and professional excellence. Dear Media is beyond excited to add to the conversation surrounding athletic excellence and the Olympic Games. Therefore, we’re extremely proud to introduce our newest show, The Summer of Gold presented by Dear Media & TOGETHXR which explores how the 1996 Summer Olympic Games in Atlanta were the culmination of a monumental year that changed women and sports forever.

It’s important to highlight the Summer of 96 games this year, because the 2021 Tokyo Summer Olympics marks the 25th anniversary of the Summer of 96 Olympic games. So in celebration, the Summer of Gold podcast will provide an unprecedented vantage point to view one of the most important years in American women’s sport and cultural history. The Summer of 96 impacted sports forever and paved the way for many industries and athletes, let’s discuss.

Why The Summer of ’96 Games Are Still Relevant Today:

Need a brush up on the history of the Olympics and how the summer of 96 games changed sports forever? We’ll get excited because the Summer of Gold podcast and the post below are an inspiring and uplifting look back. From the “Magnificent Seven,” the first wave of Title IX athletes entering the games, USA women’s basketball, soccer and softball teams all winning gold (and becoming cultural phenomenons) to David Stern founding the WNBA, 1996 altered the course of history for women athletes.

The Summer of 96 was a monumental and truly transformative year in sports. What took place that year is still relevant and shaping the world of sports today. The lasting impact of the 96 games paved the way for female athletes at the Olympics and beyond. The athletes achieved more that year than a few golds. They became heroes, inspiring a generation of athletes and women all over the globe. The Summer of 96 was major. Their influence still stands today and it’s important to never lose sight of it. So without further ado, let’s introduce why the summer of 96 games are still relevant today!

There’s a reason they called them the Title IX Olympics.

Title IX was a federal law passed in 1972 that changed the game for female athletes and those who do not conform to gender stereotypes all over the country. This law protects people from sex-based discrimination in education programs or sports activities that receive federal financial assistance. The first generation of athletes who were positively affected by the Title IX law had their Olympic debut at the 1996 summer games. The results showed the relevance of equal opportunities for both genders in sports, with the women’s teams absolutely killing it!

The 1996 Summer Olympics changed the face of all athletics forever.

The summer of 1996 was a time when women’s sports were finally being recognized and given their due, with female athletes appearing on television in unprecedented numbers. For the first time ever, men and women competed side by side as equals in every sport. And it all happened because Atlanta hosted the 1996 Summer Olympics that August – one year after Title IX had been enacted into law. In fact, 1996 is often called “The Year of Women.” From this games forward, women would be included and showcased at the Olympic games. Since then, we’ve never looked back and women continue to compete and succeed in athletics.

The Atlanta games were dominated by women! And, trust us, the legacy of those fierce female athletes still lives on. US basketball, soccer, gymnastics, and softball women’s teams won gold! All of them, the basketball, softball, and soccer team, did an outstanding job and showed the entire world what women are capable of. The US women’s teams became cultural phenomenons during that summer, showing how public policy changes can unleash the power of individuals and teams of all genders to achieve greatness.

The ’96 Summer Olympic Games were the debut of the Magnificent Seven.

The Magnificent Seven paved the way for the US gymnastics team to be the absolute international sensation that it is today. Back then, seven women made history with a jaw-dropping debut. These amazing American gymnasts were Shannon Miller, Dominique Moceanu, Dominique Dawes, Kerri Strug, Amy Chow, Amanda Borden, and Jaycie Phelps. To this day, they are recognized as some of the most outstanding athletes in the country. They won the first gold medal for the gymnastics team during the Atlanta games. And Shanon Willer became the actual second-most decorated woman gymnast in history. That was a true breaking point for women’s gymnastics in the USA!

Michael Johnson made history at his second Olympics.

So, the summer of 96 games changed the history of women in sports forever. But they also had some key milestones for athletes of color! The Atlanta games were Michael Johnson’s second Olympics. And he crushed it beyond measure! He became the first and only man in history to win both the 200m and the 400m gold medals at the same Olympics. Not only did he win, but he set world records while at it! The numbers were out of this world: 19.32 in the 200m and 43.49 in the 400m.

Diversity showed in a few different ways at the Atlanta Olympic Games. But the opening ceremony was another inspiring turning point! While suffering from Parkinson’s Disease, boxing legend Muhammad Ali was the one to light the cauldron that night. This was an incredible sign of diversity, strength, and triumph over disease and exclusion. He signaled the start of the 1996 Centennial Olympic Games in a truly emotional moment. For many participating athletes, this was one of their fondest memories out of the entire Olympics, including the closing ceremony. And it’s one of our favorite highlights too!

The ’96 Games were a show of American resilience.

Believe it or not, the Atlanta games were clouded by a bombing. Only eight years after the beginning of the games, On July 27, 1996, a pipe bomb was discovered at Centennial Olympic Park. A security guard found it and tried to evacuate the crows, unsuccessfully. The bomb detonated, killing 2 and injuring 111. The guard who found it, Jewells, became a suspect of the attack, despite his attempts to save the attendees. He was later exonerated and the actual attacker confessed in 2005. The Atlanta games carried on, showing the American resilience and the will to finish the Olympics despite the massive act of terrorism. More of the pipe bombing of 96 HERE.

David Stern played a huge part in advancing the game for female athletes. He founded the Women’s National Basketball Association on the 24th of April, 1996. It wasn’t directly related to the Atlanta Olympics themselves, but the US women’s basketball team won gold that same summer. The push and motivation coming from having a head coach and a proper league did play a part in those results. Especially when we think about Lisa Leslie taking the ceremonial jump ball – just months after winning gold – to signal the official start of the WNBA. 1996 was a trailblazing year for women’s basketball!

What is your favorite detail from the Summer of ’96 Olympic Games?

The 1996 Atlanta Olympics are still relevant today not only because they were the most diverse games ever but also because they encouraged more participation from all genders in sports from that day forward. We now enjoy an increase in popularity among females taking part in competitive events like professional sporting events of all kinds. From tennis to MMA fighting, women are in the spotlight. There’s nothing we love to see more than a valuable legacy that changed how the world views women’s sports across the globe. These Olympics challenged many gender and race inequities, paving the way for a more inclusive and diverse Olympic Games’s scene.

Of course, there’s tons of work still left to be done. However, the 96 summer games is historically monumental and it’s important to look back at. There is so much more magic to reflect on from the Summer Olympics 25 years ago. So don’t forget to listen to Summer Of Gold presented by Dear Media & TOGETHXR along with Alex Morgan and Sue Bird as executive producers. Summer Of Gold will give you an unprecedented look into one of the most game-changing summers in Olympic history. Tune in for a deep dive into the 1996 Olympics! 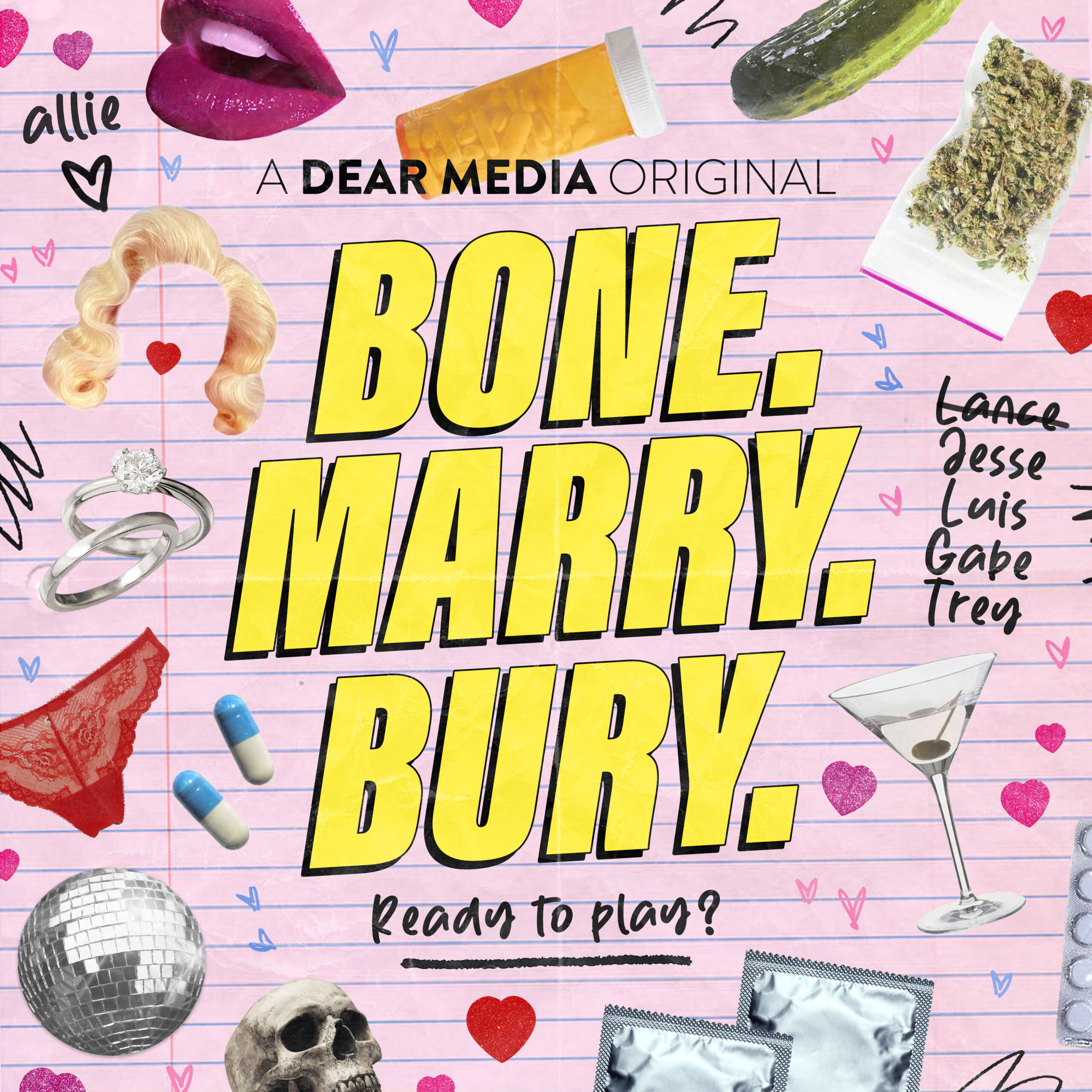 Grab your HitClips and get ready to pop all your collars - The internet’s coworker, Rod, is here to banish your burnout and take us back to a time before we knew what seasonal affective disorder was. Back when Britney ruled the airwaves and emo wasn’t a phase, Millennial Made is the one-stop-shop for your pop culture news and TBTs. 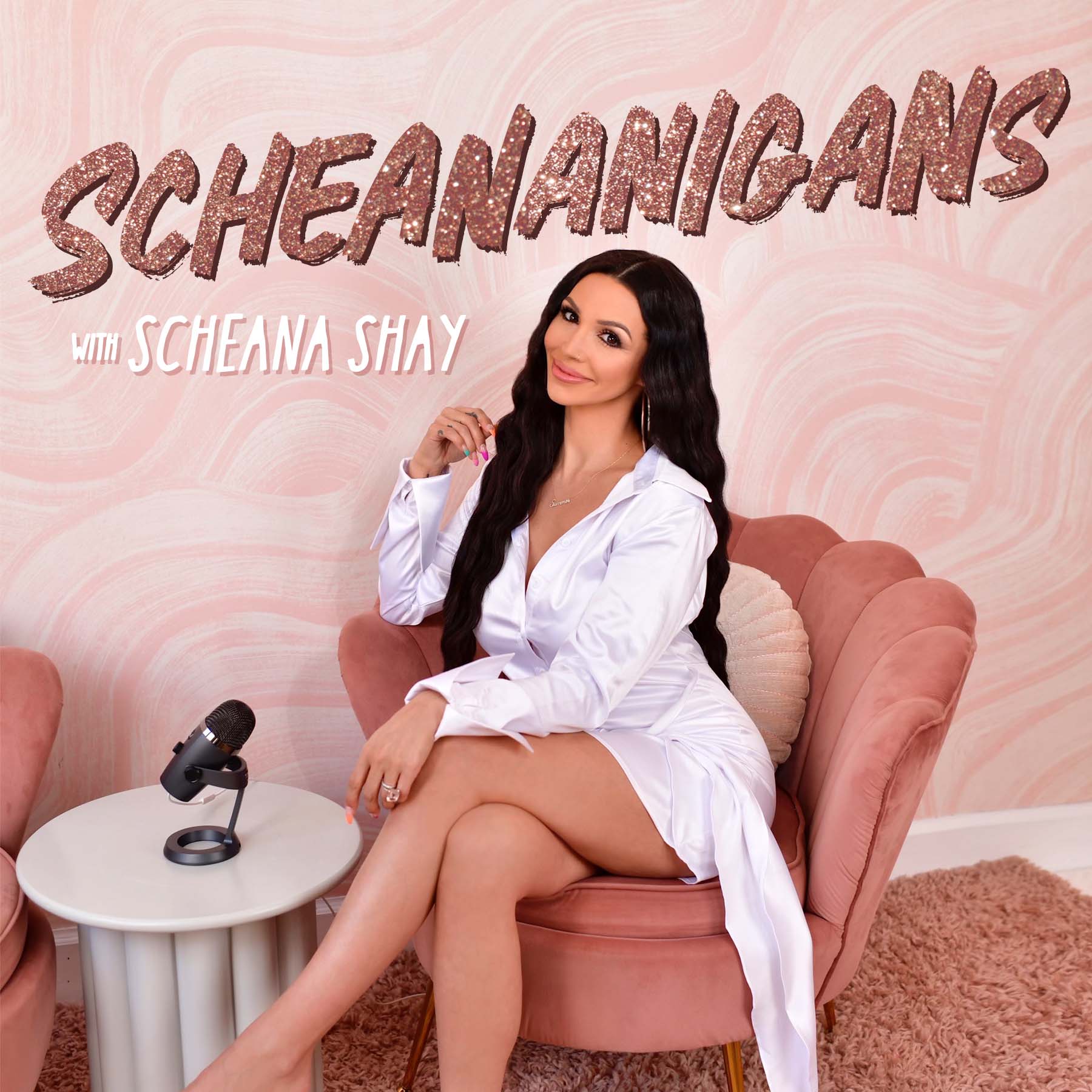 It’s all happening for reality star, Scheana Shay! Her podcast breaks the 4th wall and welcomes you into her real life “Scheananigans”. Regularly cohosted by her fiancé Brock Davies with conversations that are informative, entertaining and sometimes outrageous! Topics include reality tv, pop culture, dating, parenting, Q & A sessions and nothing is held back! Guests range from reality tv personalities, film/tv stars, musicians, comedians, influencers and entrepreneurs, all chosen to bring value to the listeners. Welcome to Scheananigans! The tea is piping hot, the convos are good as gold and you’ll become Scheana’s new bff upon first listen. 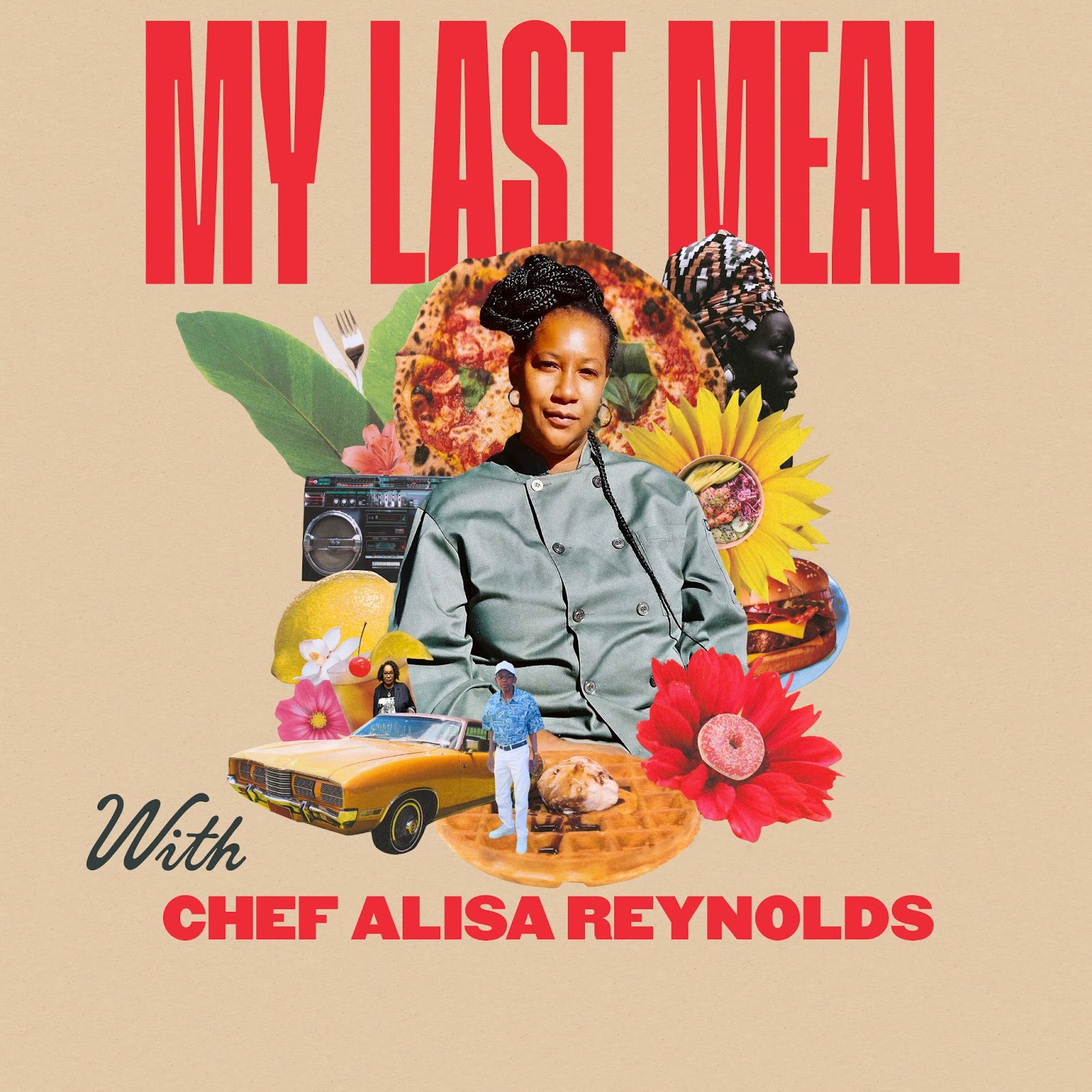 Food is intertwined with every emotion we have, from the happiest days to the saddest nights. Food is always around! from making dinner reservations to take out, from power lunches to drunk brunches, from Postmates to the drive through. We can’t avoid it... it’s everywhere! But what if you had to make the most important reservation of your life — I’m talking about your very last reservation on Earth. Where would it be? What would you eat? I mean, would your last meal be something off your favorite “Keto menu” or maybe from your gramma’s house? This podcast asks that question and dives into the connection between our lives and our food, how we grow, and how our food taste changes as we do. Whether it’s before death by firing squad, an alien abduction, or taking the blue pill, I’m asking my guests what their final meal would be, and why? 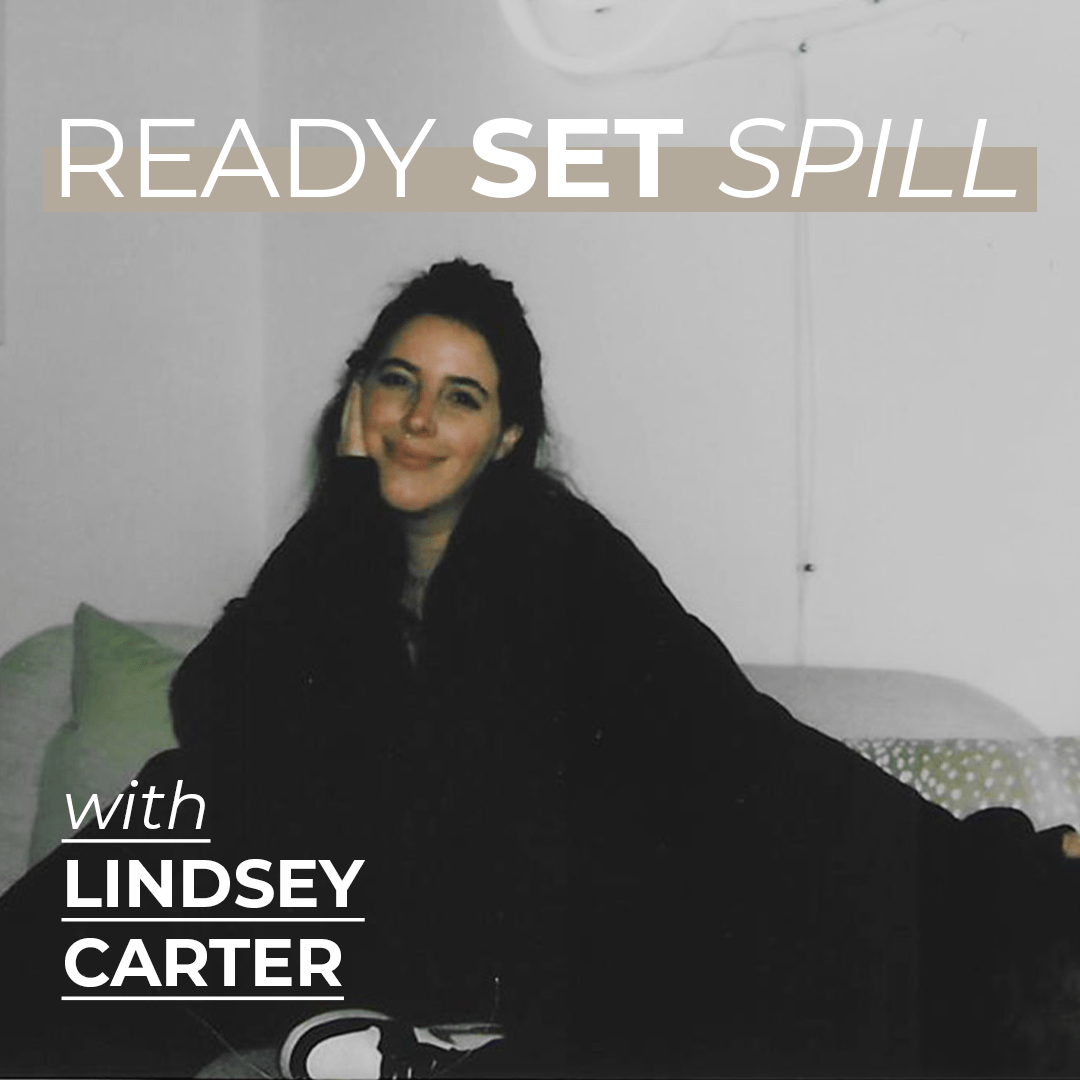 SET Active CEO Lindsey Carter hosts meaningful, thought-provoking conversations around everything that matters most to her—from business and fashion to mental health and parenting, to everything in between. By creating a platform for guests of all backgrounds to speak on their passions, give advice, and share their stories, Lindsey hopes listeners will find a new form of inspiration within each and every episode.